G is not a Song Bird

Back in early December, G’s preschool had a Christmas concert. G was super excited about it and practiced her songs all the time, happily showing me the hand motions that were supposed to accompany each song. We went to H&M and picked out a red dress and reindeer antlers for her to wear. It appeared that we were all set.

A baby reindeer on her way to her first Christmas concert.

The kids started off in the back room and marched in all together, shaking bells and singing, appropriately enough, Jingle Bells. That happens to be one of G’s favorite songs to sing year-round, so she should have been good to go.

Then the kids were all supposed to line up along the wall to sing. 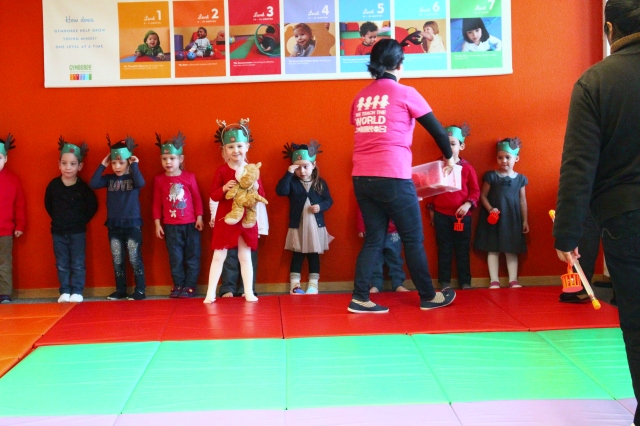 G and Deda, front and center. She’s not a soloist, though. Just not a conformist, apparently.

Genevieve sang not a single word. She did not a single hand motion. The quality of that video is so poor because Andy and I were both shaking with silent laughter at our normally-outgoing child who had suddenly become incredibly shy while also placing herself front and center.

Everyone else is singing O Tannenbaum. G is giving Samichlaus the side-eye.

In Swiss tradition, you don’t just get presents from Santa. You have to perform for him first. You can do this individually with a song, dance, or poem, but in G’s case, her class performed and that was good for all the kids.

Immediately after the songs were over, G ran to me and wouldn’t go sit with her classmates by herself. 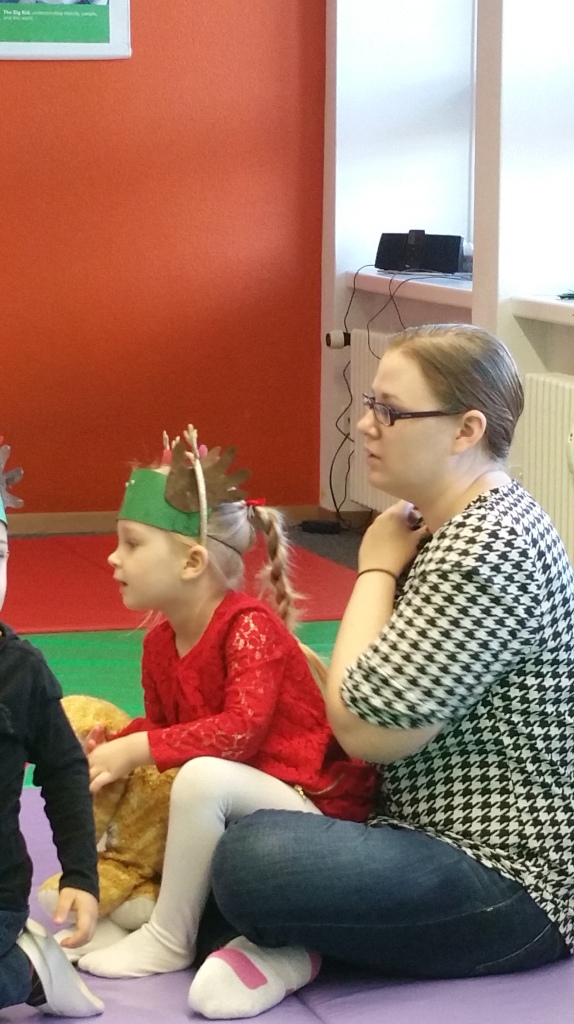 So I sat with her.

Given the way the rest of the morning had gone, we weren’t at all confident that G would go up to Santa when he called her name, but! We were pleasantly surprised.

G talking to Samichlaus about what she's done well and what she still needs to work on. #lavieve #latergram #samichlaus #christmas #switzerland #swisslife #expatlife #dedakitty

Prior to the concert, G’s teachers had all the parents write in a book one thing their child does well and one thing they need to work on. They also gave each of us a goody bag to fill for our kid so everyone got something they actually needed or would like.

After all the kids talked to Santa, he took pictures with them if they wanted. And G agreed to pose with him!

A little blurry, but that's OK! She willingly walked over to Samichlaus and got her picture taken. A total win in my opinion! I love the double-antler action she's got going on! #lavieve #latergram #samichlaus #christmas #switzerland #swisslife #expatlife #dedakitty

It was a Christmas miracle.

Afterwards, we went to Starbucks for a celebratory doughnut. 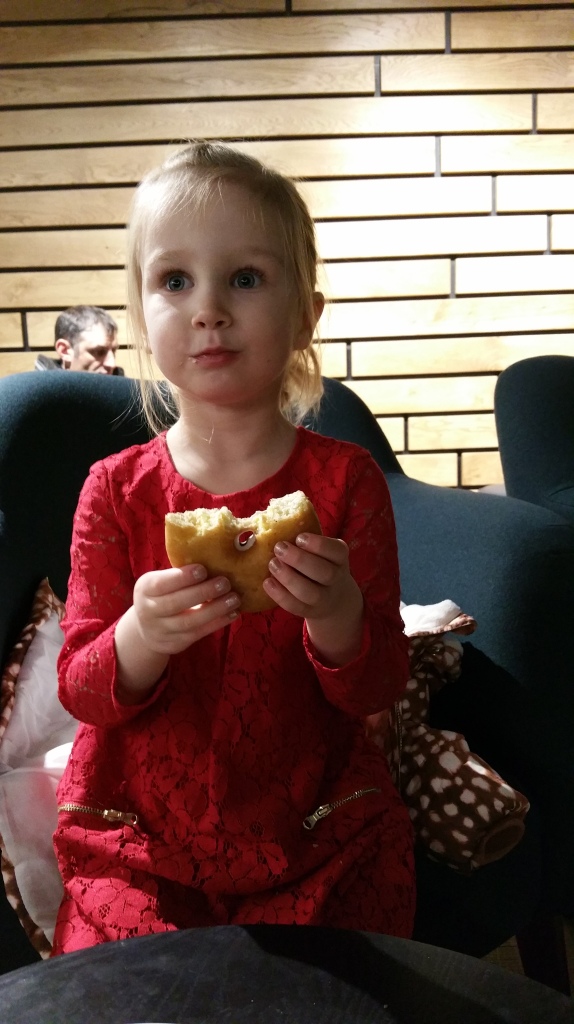 Is there any other way to celebrate?

And then, having shed her antlers, G transformed into a puppy.

A puppy taking a nap at Starbucks. Obviously. #lavieve #latergram