Eating out is expensive in Switzerland, but for some reason the cost of drinks catches me even more off guard than the food!

At our hotel right now, Andy is able to get CHF 4 beers on draught, but the wine and mixed drinks are all CHF 9 and up.

Starbucks is where I see the biggest difference in prices between the US and Switzerland.  In Peoria, I would get a venti hot chocolate for under $4.  Here, a grande hot chocolate is CHF 7.70!  Oddly, chai lattes, my other favorite from Starbucks, are cheaper over here than hot chocolate, which is backwards from the States.

There are plenty of other odd things about drinks over here.  When we order milk for G, we have to specify whether we want it hot or cold.  We always say cold. 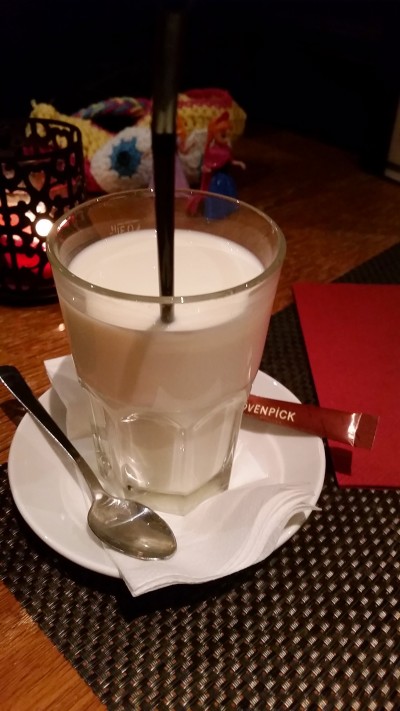 G’s cold milk at Mövenpick. You might be wondering what’s in the packet. Chocolate, maybe? 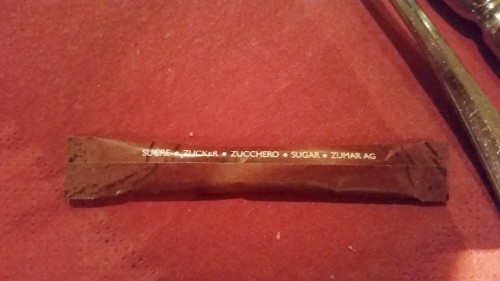 Nope. Sugar. Oddly enough, this sugar never finds its way into her milk!

Mövenpick isn’t the only place that offers sugar for milk; we have turned it down several other places and get odd looks from the waitstaff because of it.

And judging by the way G gulps her milk down sometimes, I suspect that some milk comes with sugar already mixed in! 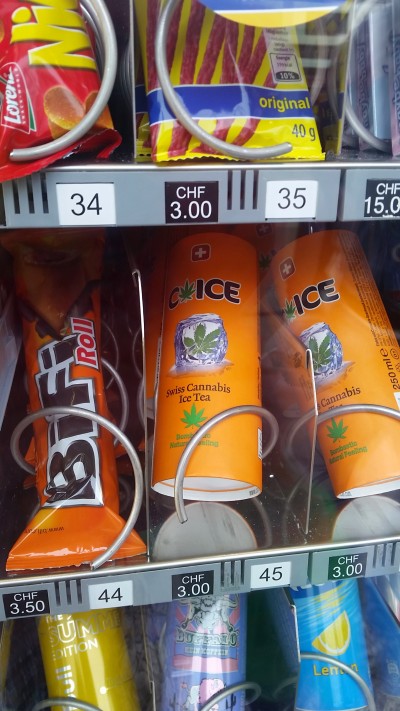 You can buy C-Ice in most vending machines here.

Perhaps my favorite Swiss drink so far has been glühwein. 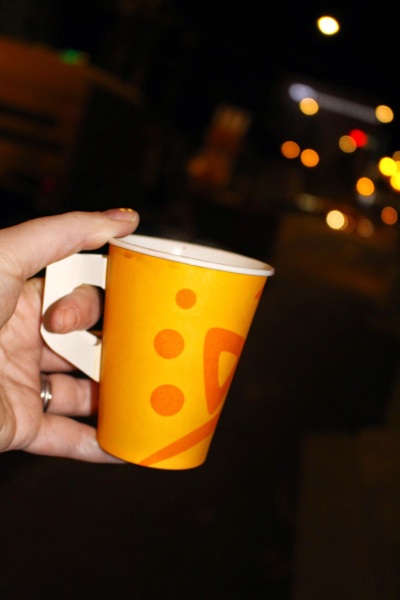 My glühwein from Fasnacht.

The hardest thing of all for me to wrap my head around has been that water isn’t free here.  You have to specify whether you want it still or with bubbles, and then that water is going to cost you as much as a beer or soft drink.  So I hardly order it when we’re out.